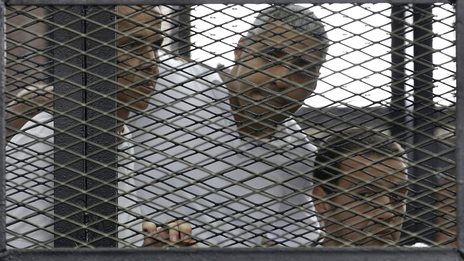 The seven-year jail terms handed out to three al-Jazeera journalists accused of supporting Egypt’s Muslim Brotherhood have led to an international outcry. US Secretary of State John Kerry described the sentences as “chilling and draconian”. James Harding, the BBC’s Director of News, said it was an “act of intimidation against all journalists.”